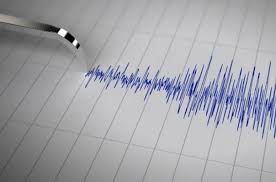 According to Ministry for Emergency Situations An earthquake of magnitude 4.7 occurred 8 km southeast of Yerevan, Armenia on Saturday. The Epicenter of Earthquake is reported near Yerevan at the depth of around 10 to 12 km. The  Quake was felted at 3:30 pm local time as per news.

According to German Research Centre for Geosciences (GFZ) the Earthquake was about 4.6 Magnitude.

The exact magnitude, epicenter, and depth of the quake might be revised within the next few hours or minutes as seismologists review data and refine their calculations, or as other agencies issue their report.

As per our incoming data this quake was felt by many people in the area of Epicenter. Some Images spreading on Media shows how this nasty quake damaged Yerevan capital city.

4.9 #earthquake , 20 km near Yerevan , it was very long and nasty#Armenia pic.twitter.com/z4ho3HjTC6

This is the third time the quake jolted Armenia. The last two were of  magnitude 4.7 and magnitude 3.7 tremors hit Armenia a week earlier and were followed by several aftershocks in the next several days.

A magnitude 4.7 and magnitude 3.7 tremors hit Armenia a week earlier and were followed by several aftershocks in the next several days.

Brussels : Fire has broke out at World Trade Center, Brussels

Gujarat : Fire breaks out at a chemical factory in Vapi, Valsad