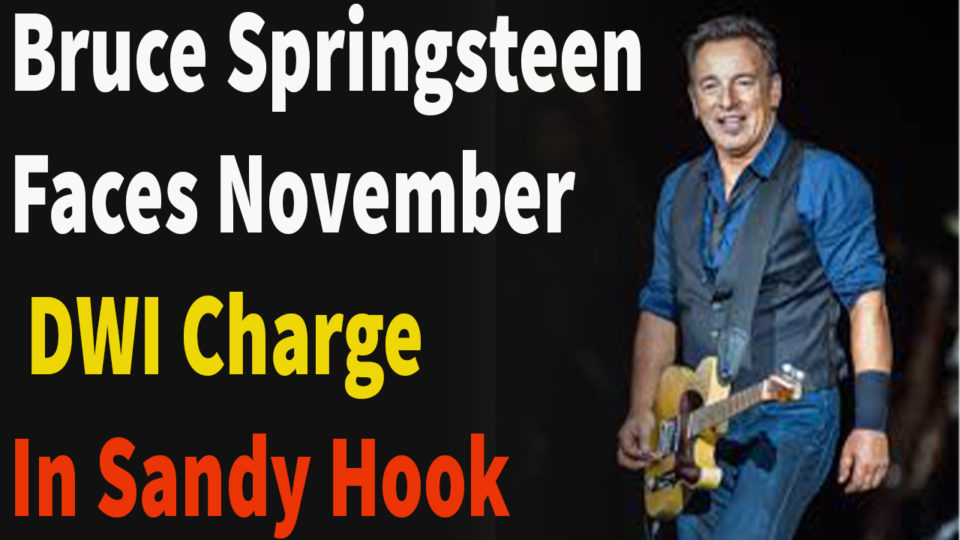 The news emerged just days after the rocker appeared in a car commercial during the Super Bowl.

The “Thunder Road” singer was cited for driving while intoxicated, reckless driving and consuming alcohol in a closed area.

Springsteen was cooperative throughout the process. The publication reports that Springsteen will have his court appearance via federal court in Newark as the recreation area is federal land.

According to CNBC, Springsteen’s 2016 autobiography “Born to Run” mentions that the rocker had avoided drugs and didn’t try alcohol until he was 22, in part due to witnessing his father’s drinking habit. In the book, Springsteen also revealed a history of depression.

Prior to the arrest, Springsteen, who was born in Freehold and made his name in Asbury Park before becoming a worldwide phenomenon, had a largely wholesome, squeaky-clean image. Politicians from former President Barack Obama to former Secretary of State John Kerry embraced him on the campaign trail.

Springsteen has also helped raise millions of dollars for various charities and was seen as a catalyst in Asbury Park’s comeback.

He had drawn the ire of conservative media because of his embrace of liberal politics and his connections to Democratic politicians.

Former Republican Gov. Chris Christie has often boasted about his own fanaticism for the Boss, saying he’s attended many of his shows despite not agreeing with his politics.