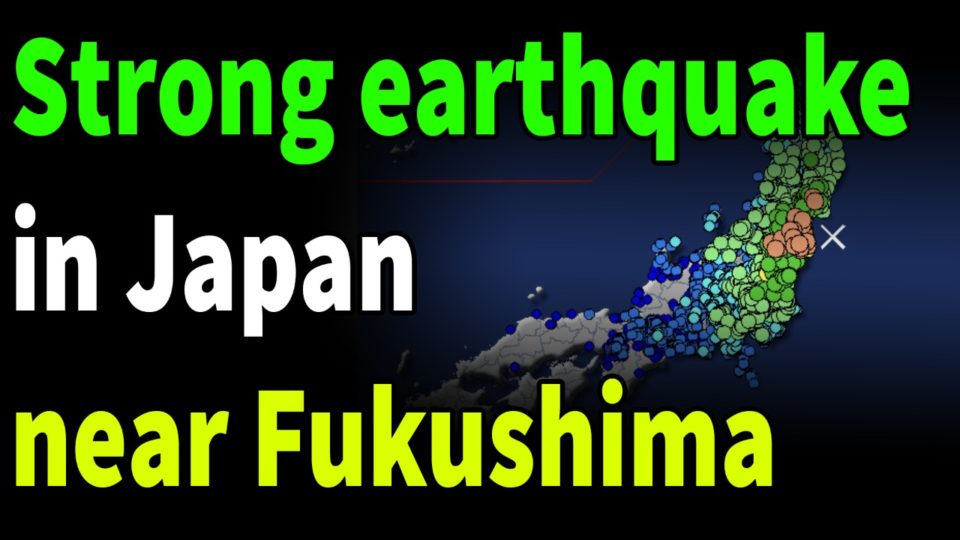 A Strong Earthquake Struck Japan on Saturday. According to Geologists the magnitude is between 7.0 to 7.1. These values ​​are often corrected later.

The Earthquake of Magnitude 7.1 Occurred at 11:07 p.m. local time (3:07 p.m. German time) on the east coast near Fukushima. There were initially no reports of damage or victims. There are around 18 earthquakes of this magnitude worldwide each year.

This regularly causes severe damage to buildings. In Japan, however, people are better prepared for earthquakes of this magnitude than elsewhere. The devastating quake that led to the core meltdown in the Fukushima nuclear power plant in 2011 had a magnitude of 9.1 and was therefore many times more violent.

Someone post a video on Twitter which shows how horrifying this quake was ! In the video the nasty effect of quake was seen clearly. Now this video is spreading on Social Media. Many People blaming its fake video but Authorities claimed that its real.

The Large quake shook a broad area across eastern japan late  night. People reacted on Social media for this nasty earthquake. Video posted on Twitter Shows the intensity of this quake. Due to Mercy of the god Fukushima Dai-Ichi nuclear power plant which was hit by a tsunami almost ten years ago leading to three meltdowns has not been damaged by this quake.

BREAKING: Large magnitude 7.2 earthquake strikes off the coast of Japan. Shaking felt across a large area including in Tokyo. #Japan #earthquake
pic.twitter.com/Kl6TK2FSJ3

The epicenter of the quake was off the coast of Fukushima prefecture at a depth of about 60 km , the agency said.The Good news is that a tsunami warning had not been issued.

Japanese public broadcaster NHK TV said the Fukushima Dai-ichi nuclear plant is still being checked for any problems, and there that there were no immediate reports of irregularities from other nuclear plants in the area.

A magnitude 7.1 earthquake has occurred in Japan. Sending all of my prayers to everyone in the area. Please keep safe. 🙏🏻 pic.twitter.com/LIX5Z51BdO

According to report  people near coastal areas are being encouraged to reach higher ground as a safety precaution.

Coincidently the quake comes close to the 10 year anniversary of the 2011 Fukushima  Earthquake which jolted  the Fukushima nuclear disaster.

The 2011 earthquake lasted for six minutes and reached a magnitude of 9.0–9.1. The quake triggered a tsunami that reached heights of up to 40.5 meters.

The quake, considered the largest in the history of Japan and the fourth largest in the world, resulted in 15,899 deaths and 6157 additional injuries.

Tennessee Titans’ Isaiah Wilson said in the 2020 first round that he “ did football like Titan ” in a deleted tweet.

Wonderful post! We will be linking to this particularly great article on our website. Keep up the great writing. Deena Clair Rusel

I was able to find good infvo from your blog articles. Leslie Glendon Joice

When I originally commented I appear to have clicked on the -Notify me when new comments are added- checkbox and now every time a comment is added I receive four emails with the exact same comment. There has to be an easy method you can remove me from that service? Kudos! Golda Lek Malchy