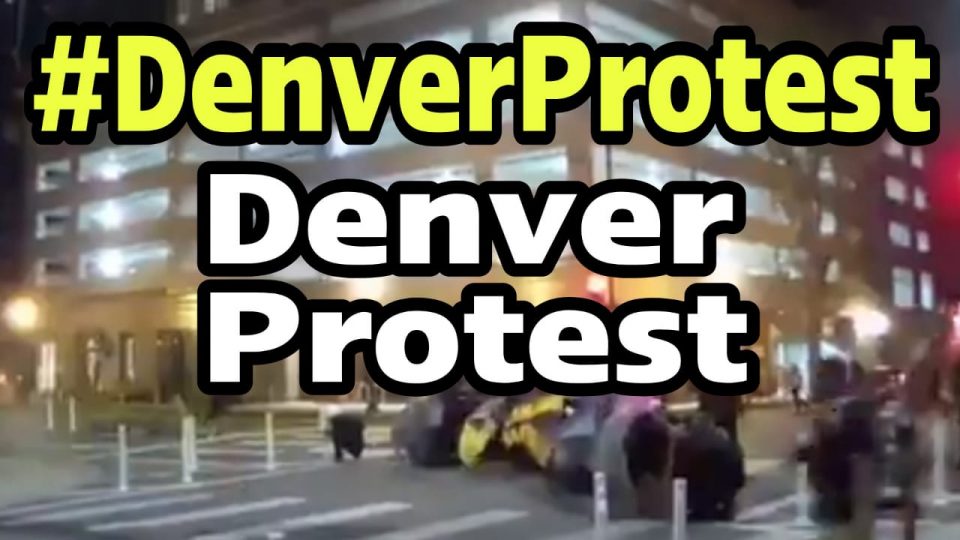 A group of protesters attacked on Denver police headquarters saturday night.They fought with officers,damaged quaters by set fire and broking windows.Due to their marched through streets heavy traffic blocked.They were around 40 peoples protesting as per report.

“Some unknown protester come with hand axe and broke a window at a DPD headquarter.The resident tried to stop them.” said Marc Sallinger.Really this is not a right protest.Protesters also fired american flag.To stop them one officer came out with a fire extinguisher.Here important fact is that they all protesters have helmets or shields to protect themselves from officers.It may be preplanned activity as seen.

To control the crowd chemical agents were came and eight protesters were arrested.One reporter from 9NEWS told that protesters set fire to trees and american flag,broke windows and threw fireworks to damage officers.According to DPD One of their officer while controlling crowd got injured.Its not clear till now how serious those injuries were.

Downtown Denver is going stupid with the protest, they throwing fireworks at the police pic.twitter.com/ABUtO9grHU

I’ve been doing a deep dive into the Fraternal Order of Police, largest Union. Trying to follow money trail. They’ve donated more $ to Biden than Trump this year from what I can see. #abolishpolice means taking down these Unions and that’s gonna be some real shit.

Someone with a hand axe broke a window at a building across from DPD headquarters. A resident who says she lives in the building came down and yelled at them to stop. “This is not productive” #9News pic.twitter.com/ErgOZttBFT

Air India plane crashing from Calicut coming to Dubai, 191 passengers were aboard